Skip to main content
It looks like you're using Internet Explorer 11 or older. This website works best with modern browsers such as the latest versions of Chrome, Firefox, Safari, and Edge. If you continue with this browser, you may see unexpected results.

Article-level metrics aim to measure the impact of or attention received by a single article or group of articles. These can include:

Citation counts refer to the number of times that a document has been cited since it was published.

Citation counts are available from:

These types of article-level metrics are typically available from the publisher's site on the article webpage, and also from some databases.

PLOS was a leader in providing this data, and provides an online site, PLOS ALM Reports, through which you can search and view article-level metrics for any set of PLOS articles as well as summarize and visualize the data results. A screenshot from a PLOS ALM report is provided below. 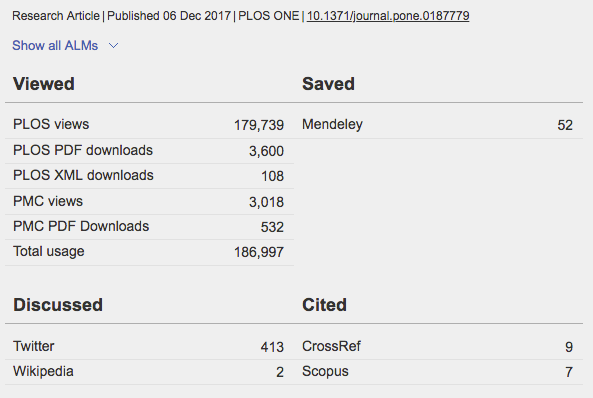 Altmetrics is a term used to describe "alternative metrics," that is, metrics that are outside the scope of traditional (citation-based) bibliometrics. Altmetrics quantify the attention scholarly work receives online in forums other than scholarly journals.

Examples of altmetrics include:

You may be familiar with the colourful "Almetric donut" or the "Plum Print", which are icons associated with altmetric data provided by Altmetric and Plum Analytics respectively. These companies are the two main providers of altmetric data. 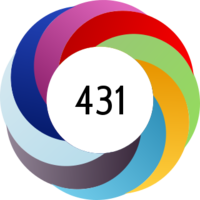 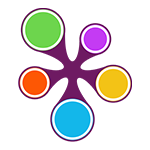